The Age of Sorcery begins, heralding a new era of Conan Exiles!

Today, we expand Conan Exiles with the biggest free update since launch, adding sorcery and rituals, an attribute and perk revamp, a new building interface, improvements to a long list of other features.

With this monumental update, we fulfill the Sword & Sorcery promise that lies at the heart of Conan the Barbarian, and give each of you a choice: What manner of power do you choose, and how far will you go to secure it?

To celebrate the release of Age of Sorcery, Conan Exiles is free to try from 19:00 CEST today until September 8, so now’s the time to invite your friends to embark on new adventures, and maybe sacrifice them for fresh blood after.

For Conan Exiles, this is a major shift in how we release both free and paid content, with what we call Ages. Each Age has its own theme, free content, and Battle Passes. This is a complete rethinking of how Conan Exiles will continue to expand – with more evenly paced content drops and an easy way for any of you to support the game’s growth and receive exclusive themed cosmetics.

Below, you’ll find a quick recap on the major new features that you can enjoy right now.

Delve into dark secrets and reap the rewards! Sacrifice your life force in return for a long range of corrupted sorceries. Take to the sky with your own personal bat monstrosity, make blood sacrifices to summon demons and raise the dead, conjure storms, and much more! 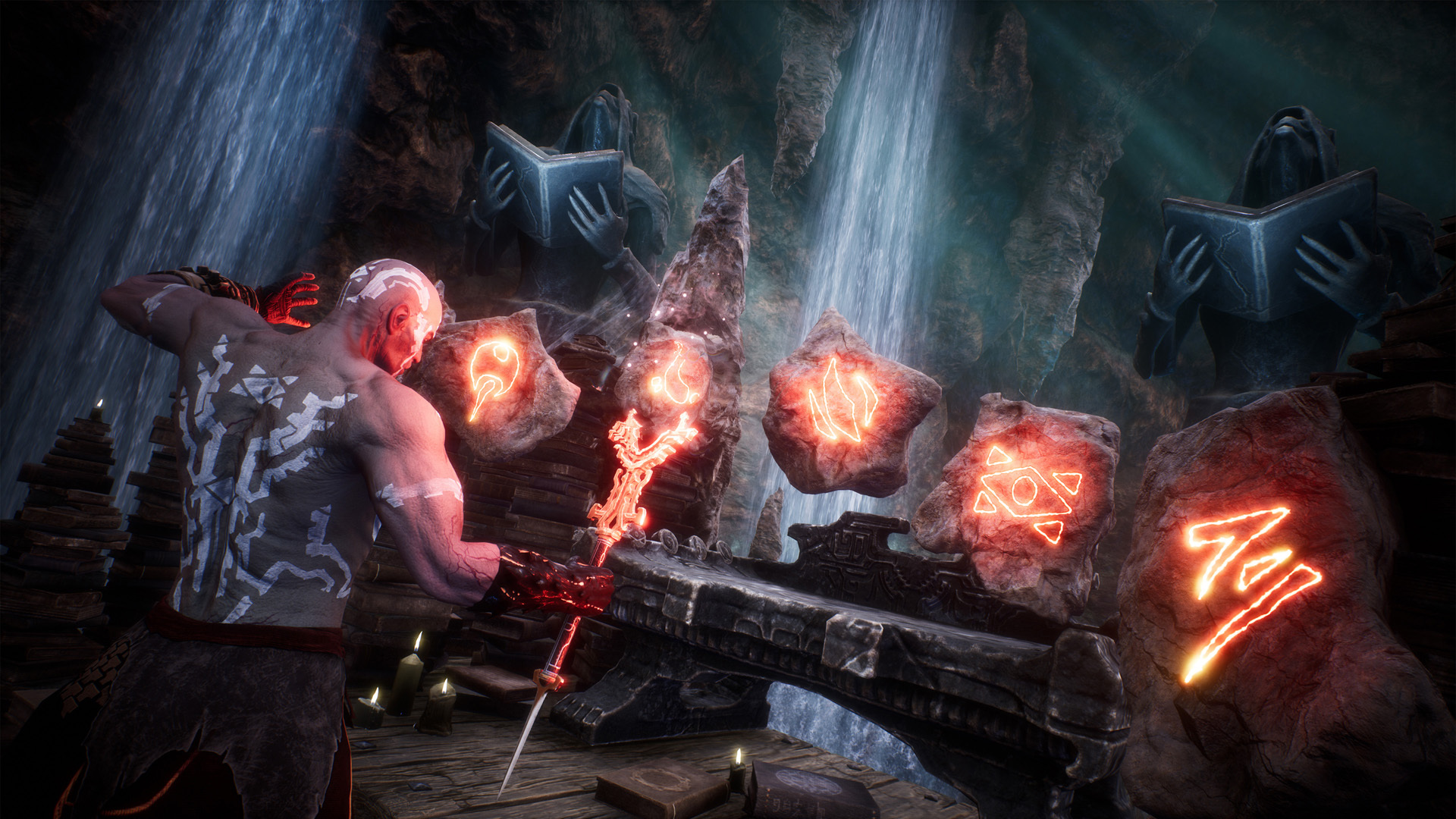 The paid Battle Pass and in-game Bazaar item shop are brimming with cosmetics such as sorcery themed building pieces, armors, weapons, and more! Complete challenges to advance your Battle Pass and earn the rewards, many of which are free.

With today’s update, you can specialize your character further than ever before by choosing between two powerful perks at every other attribute milestone. Those who choose the dark path of sorcery can also infuse their strength, vitality, and authority with corruption. If you put in enough corruption points to reach a perk milestone, that perk will be replaced by a special sorcery perk.

Explore a whole bunch of different builds, whether you are a barbarian, sorcerer, or something in between.

Building has received its very own dedicated interface, making it quicker and easier than ever to build, on keyboard and especially on controllers. There’s no need to craft building items either, since it’s crafted directly from the interface. 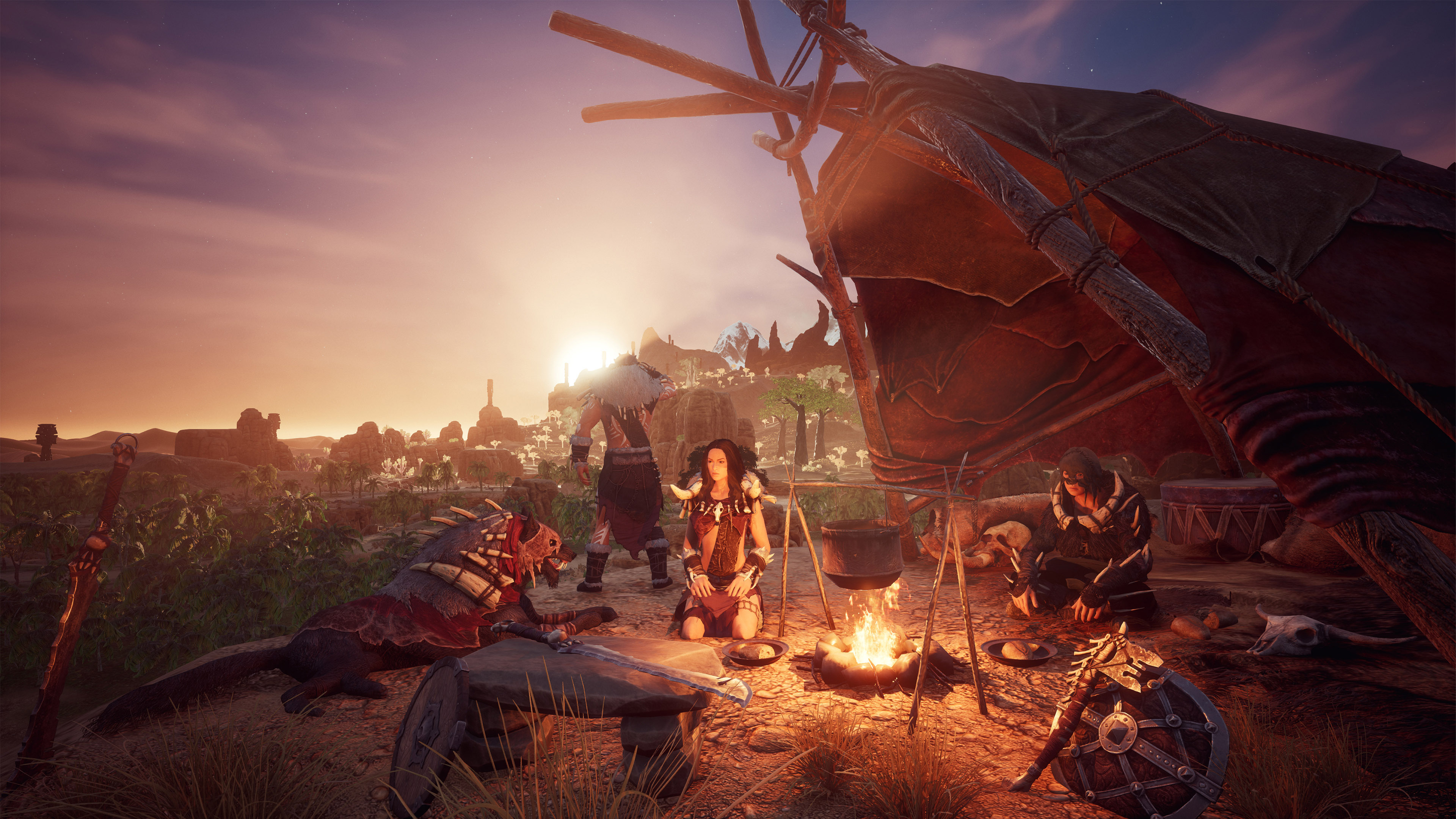 We want all of you to build the way you want. Accessible directly from the main menu, the new Creative Mode grants you unprecedented freedom to build without costs or restrictions. Soar through the world and raise cities like a god.

And much more! There’s a huge number of other improvements, which you can check out in our Full Patch Notes[forums.funcom.com]!

Thank you all for joining us on this journey. We can’t wait to see what you will all get up to with all these changes! This is only the beginning… 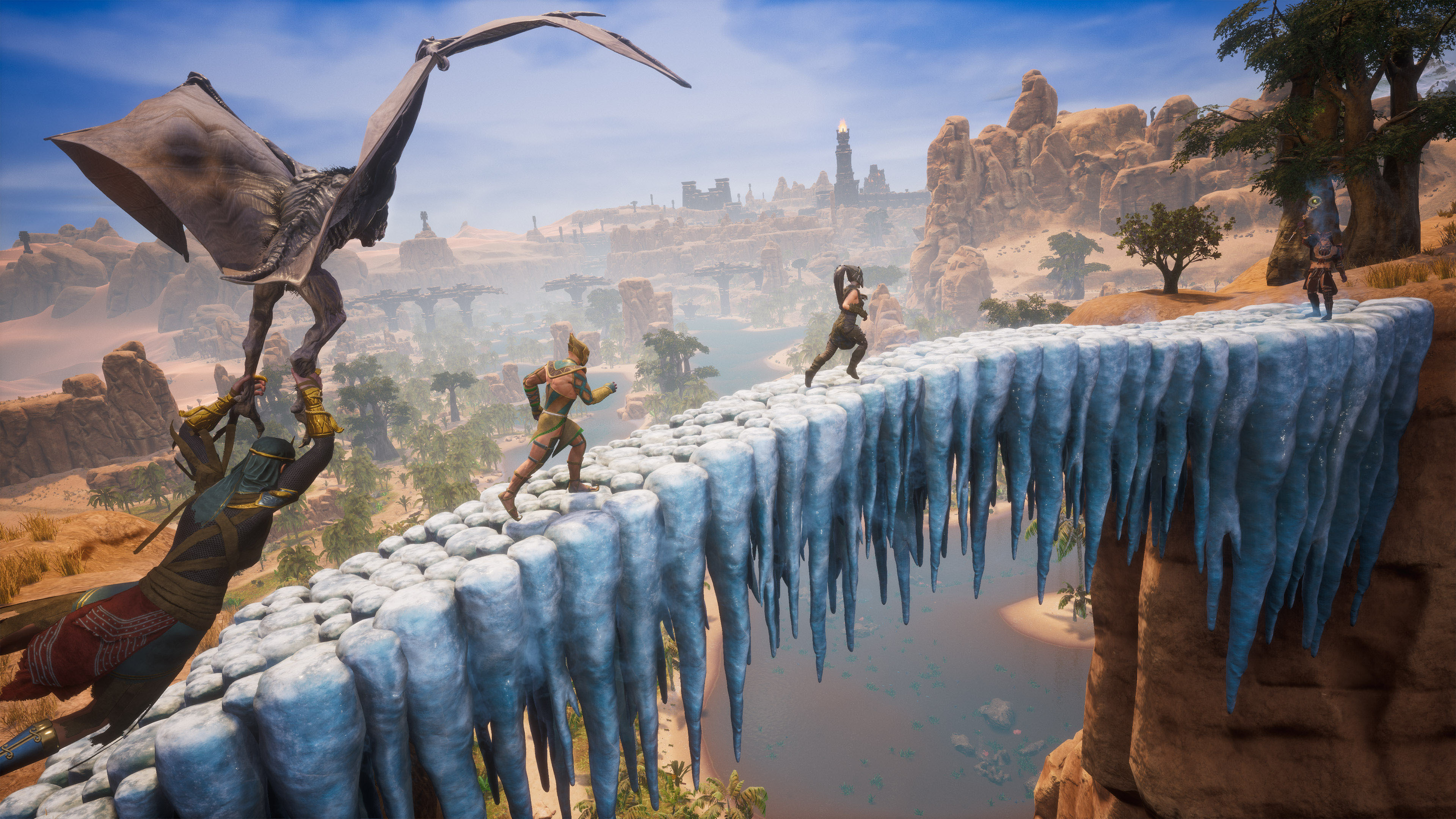