We are on the cusp of releasing No Man’s Sky on Switch[www.nomanssky.com], and as if that wasn’t challenging enough we are also releasing a large update across all platforms… 4.0 update launches across PC, SteamDeck, PlayStation 4, PlayStation 5, Xbox One, Xbox Series X/S, Xbox and PC Game Pass, VR and… Nintendo Switch! I think we might now support more platforms than we have people at Hello. 🙂

We’re calling 4.0 WAYPOINT[www.nomanssky.com]. It is our 21st major free update and it launches today. Waypoint brings an overhaul of design and balance, including inventories, milestones, cataloguing and game modes. It also introduces hundreds of community-favourite quality of life improvements, both macro and micro. Full patch notes can be found here[www.nomanssky.com].

Inventories have been overhauled, with ships, weapons and players having their level cap greatly increased. Survival, crafting, combat and controls can now all be customised to cater for travellers’ unique play styles. 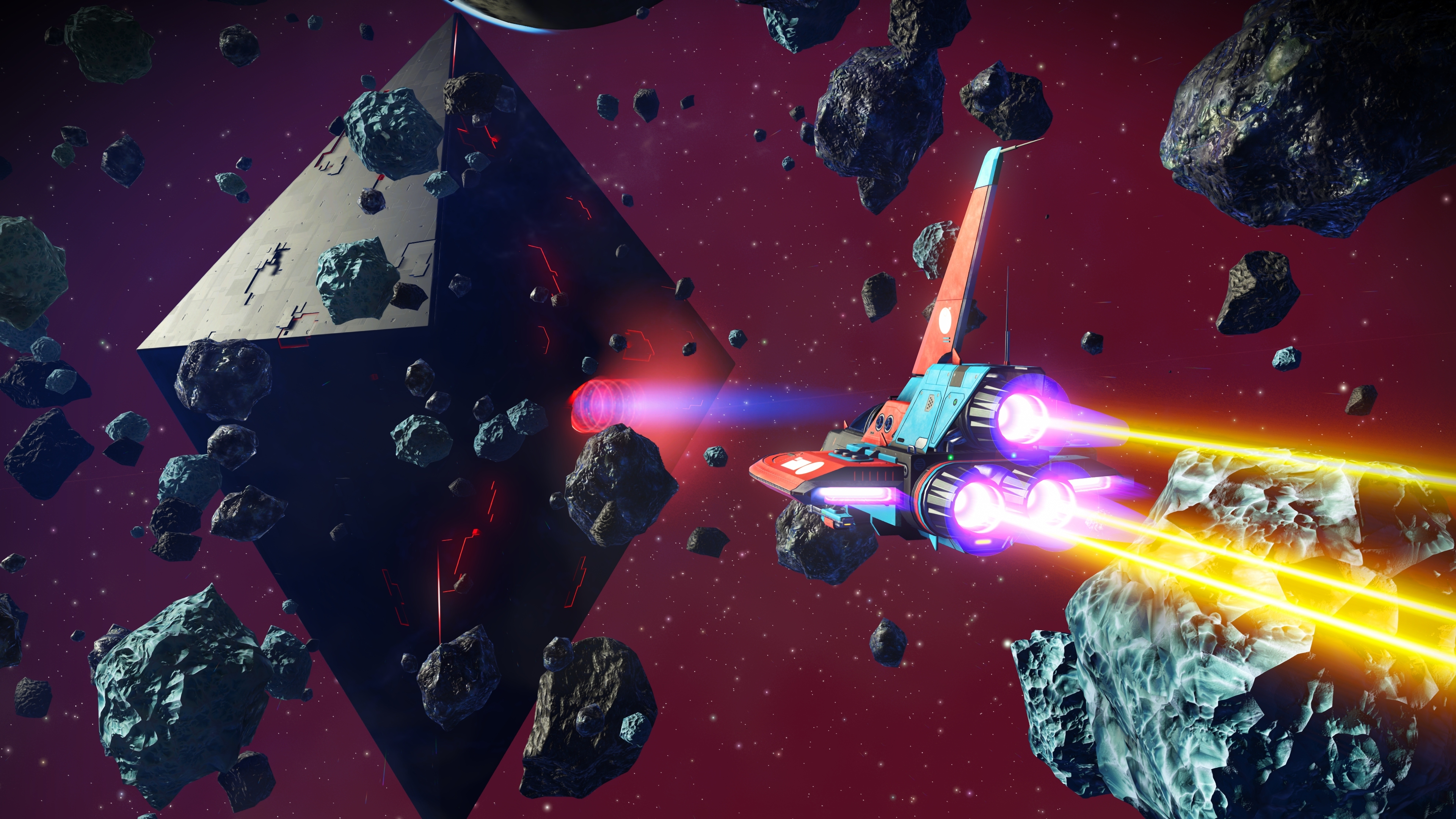 Relaxed mode brings a new focus on sandbox exploration for travellers old and new. Meanwhile returning players are welcomed by a new information portal with a summary of their goals and progress. 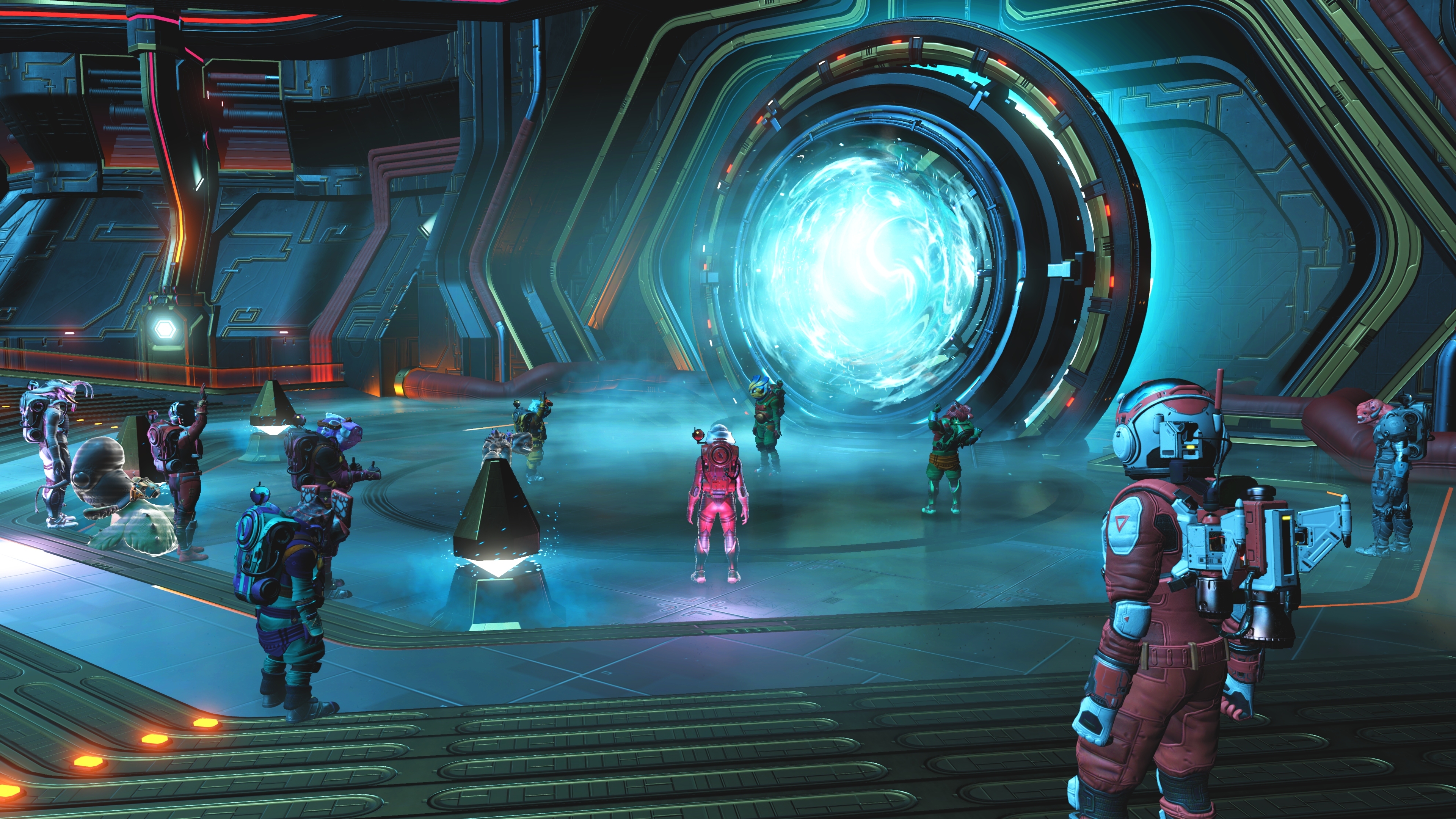 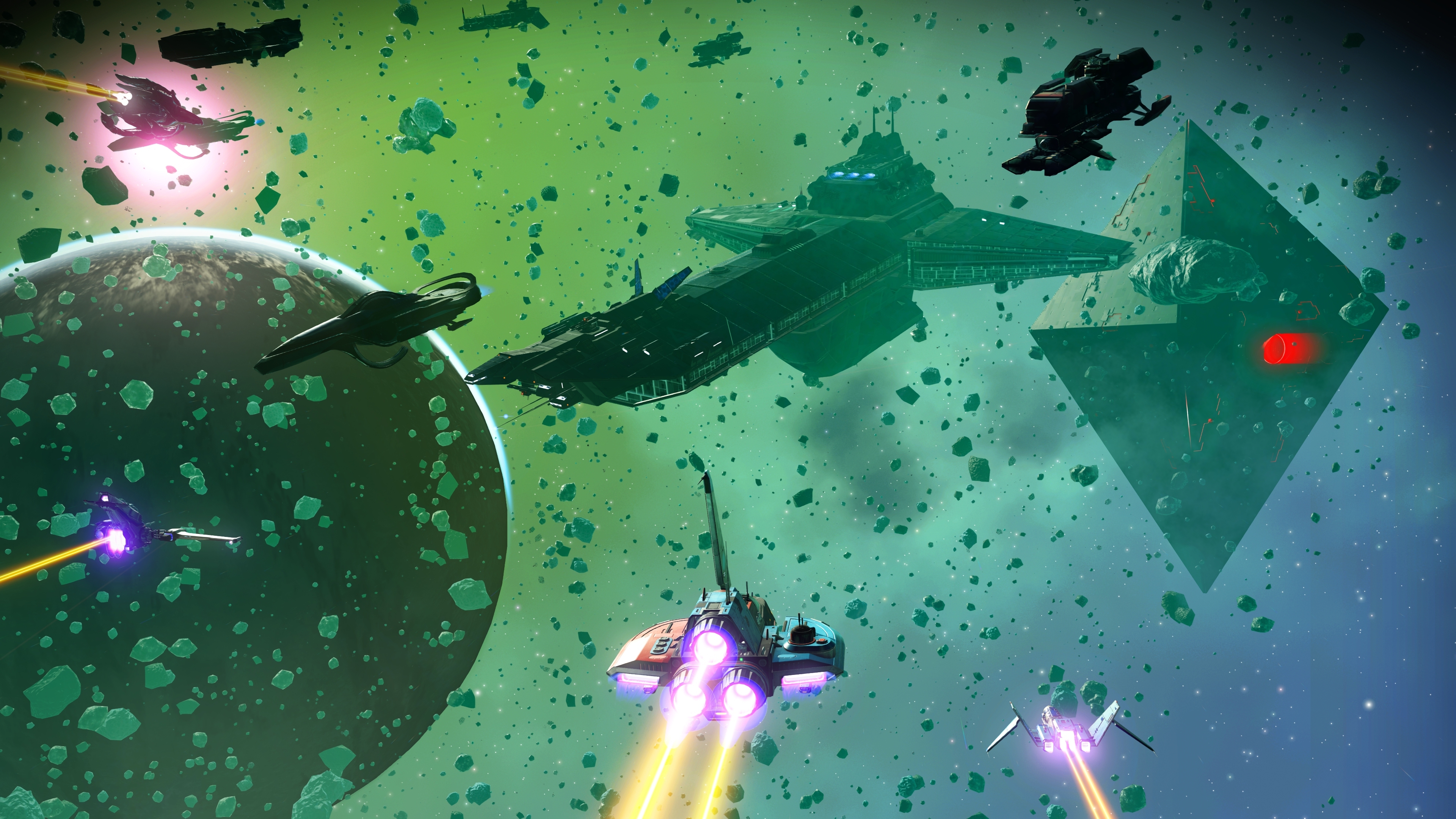 This is hopefully the best time to be a No Man’s Sky player, whether you are a new explorer who benefits from our Relaxed Mode, a returning player who is welcomed back by a more cohesive gameplay experience, or a core player who is excited for the increased level cap and hundreds of quality of life improvements. 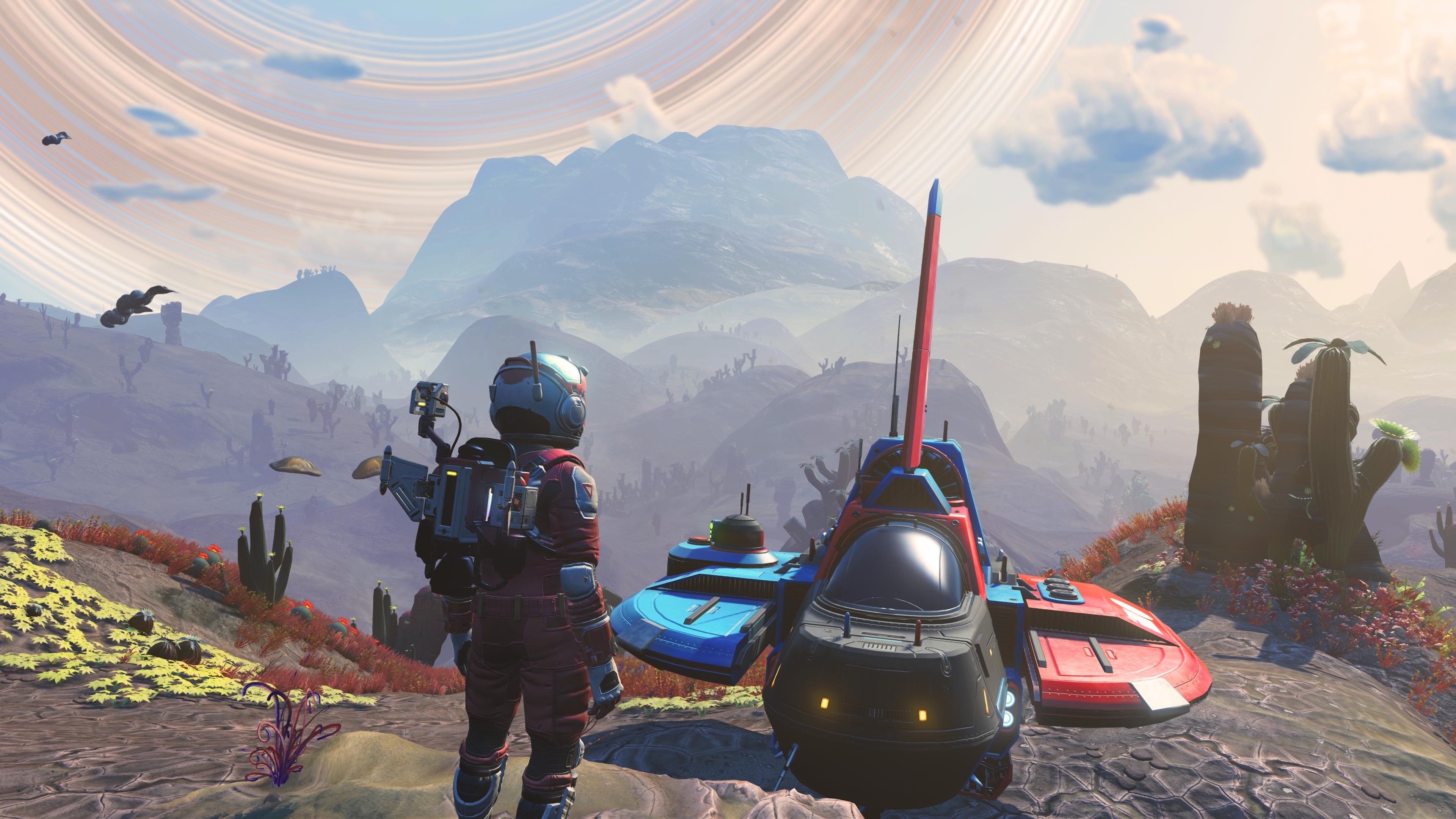 The leap from version 3.0 to 4.0 is perhaps our biggest generational jump so far. It’s an exciting moment, and marks a solid foundation for future updates.

Starting as we mean to continue, No Man’s Sky launches on Switch with its first major update, and it’s no coincidence that many of our changes are focused on making No Man’s Sky a more pick-up and play experience for new and returning players on that mobile platform (and this streamlined approach benefits all platforms).

The Nintendo Switch has been a real achievement for our small band of technical wizards and I’m so proud of their achievement. We are constantly striving to ensure that No Man’s Sky is the best it can possibly be whether you’re playing on the highest spec PC or in VR or now on the Nintendo Switch.

A celebratory Twitch Drops[twitch.nomanssky.com] campaign runs from Thursday 13th October through Monday 17th, and a special anniversary hoodie is available in our merch store here[freshstore.co]. 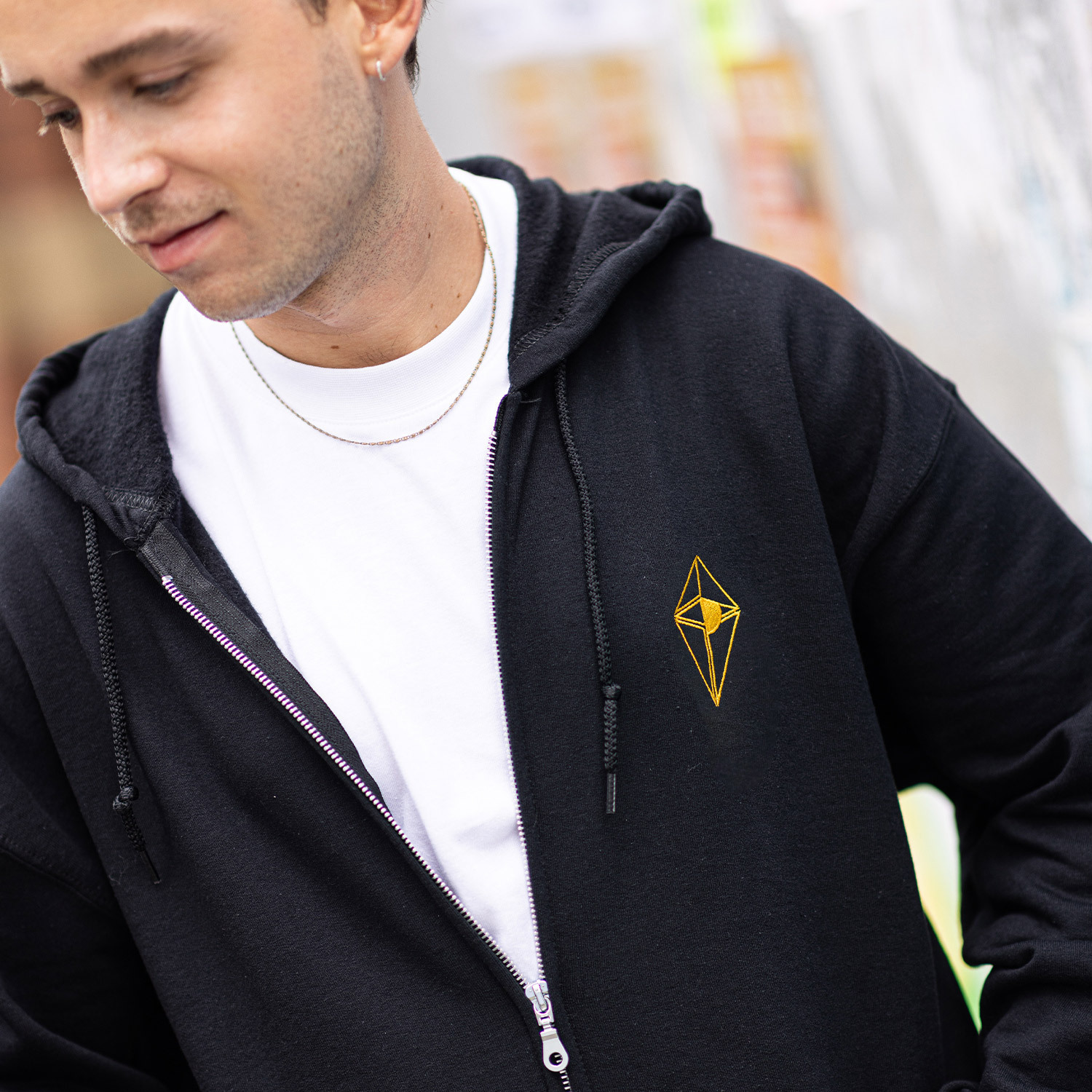 Thank you so much,
Sean