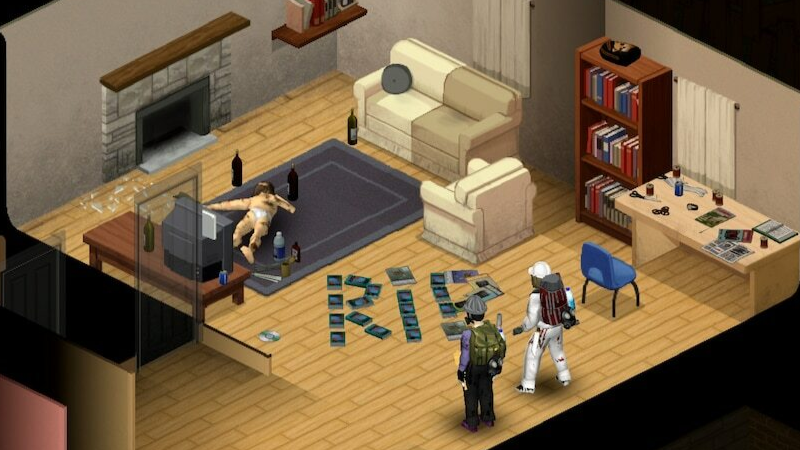 Better to read the forum release post[theindiestone.com] than a long paragraph in the blog, I guess, if you are in need of a catch-up.

Since last week we hotfixed some issues with sound cut-outs on busy servers and with rapid-fire weapons, and so now we find ourselves moving onto…

Seeing as we already have a fair amount of MP changes, fixes and balance in the pot for .72 at the moment it feels like it won’t be too long until we move it into the Unstable beta – unless of course a more disruptive feature comes to the boil over the next week or so and requires added internal testing.

The current changelist for what we have in this patch can be seen here[pastebin.com] if you are interested.

Primary items of note involve a lot of fixes and polish to radio use in-game, improvements to the representation of weapon-part upgrades in 3D models, and various issues with generators and batteries.

Also in the patch will be the opt-in ability for fellow faction and safehouse members to be visible on your in-game map. 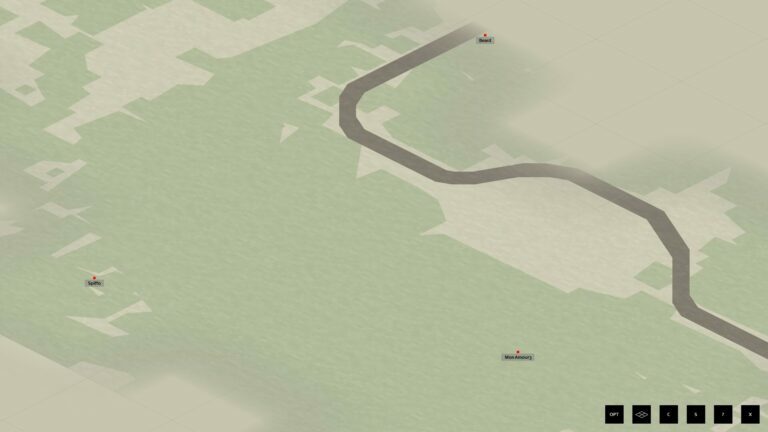 And also some support for our colour-blind survivors, who will now be able to choose their favoured new text colours instead of BAD RED and GOOD GREEN. Thanks to Fox for this one. 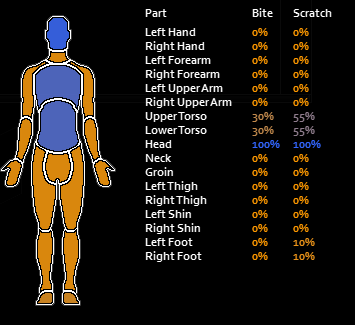 There are many advantages of having a tight small team when making a game like PZ. However, one of the biggest disadvantages is that when serious ‘irl’ stuff happens to any of us it makes aspects of development difficult. We’ve never really mentioned it before, and still won’t go into any detail, but this was one of the reasons that Build 41 itself took a long time to come to complete fruition.

The reason we are bringing this up is because one of the primary architects of the revamped B42 crafting system, Turbo, has been very ill (and often hospitalized) for much of the last three-four months.

Turbs said it was okay to let you all know this, as it clearly has meant that while RJ’s work on domestic animals and some roaming beasts has been rocketing on ahead – Turbo’s own work on the post-apoc crafting, tech-trees and recipes has had to be on hold.

We are so, so relieved and happy that Turbo’s treatment led up to an operation and a complete return to health – to the extent that he has been back working with us again this week. It’s been awesome having him about the place again.

We don’t yet know how much this will impact on build content, timings etc, and will be working out what’s what in the week or two ahead – tho B43 stuff is being worked on in parallel, so it hasn’t been detrimental to that.

Sorry if this has been a bit of a ‘too much info’ update, it’s probably not something you’d catch in a Call of Duty blog, but with Turbo’s permission, we thought it would give everyone a more accurate insight into where we’re at with things.

We also hope that everyone will join us in wishing Turbs continued good health – a phrase for which the Dutch probably have their own term for and that we will google later on.

To circle back around to more developmental matters-at-hand, here’s an image from RJ and Tim’s work on ways in which our non-domestic animals will roam the map. These are AnimalZone paths that share points, and allow for both long paths that cross cell boundaries and branching paths too. 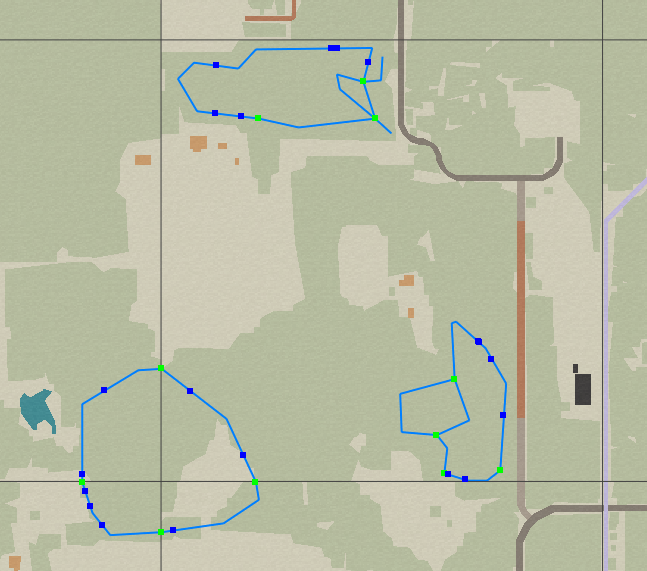 We love seeing the maps our community produces – each with their own flavours, design and challenge. To support all our mappers today we are releasing almost 1500 buildings and associated assets of our own in-game housing, garages, sheds and patio sets for use in community maps.

These should help map-builders flesh out their worlds without having to rely purely on their own constructed (and shared community) houses, flats and outbuildings.

If you are a mapper then you can find the released assets here[theindiestone.com].

We are not releasing ‘special’ and governmental/military buildings – but there are many, many houses, apartments, sheds, shacks, shops and restaurants here for folks to use in their own apocalyptic zombie nightmares.

In terms of our own future map improvement and expansion, meanwhile, check out what Ayrton has been doing to our Louisville rich districts.

“To bring more diversity to some locations of Louisville, I am converting some streets or blocks into Victorian-style districts, it should enable us to add a new layer of complexity to the urban plan with areas that are more/less wealthy, ancient, etc. Those new tiles are also being added across existing relevant buildings.” 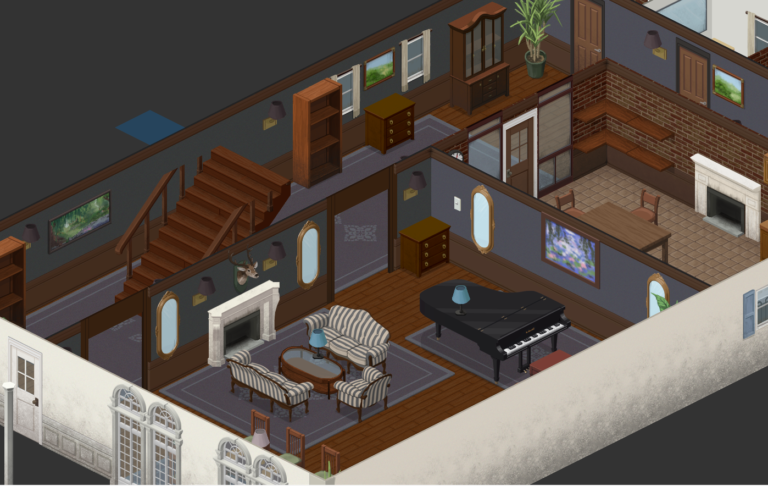 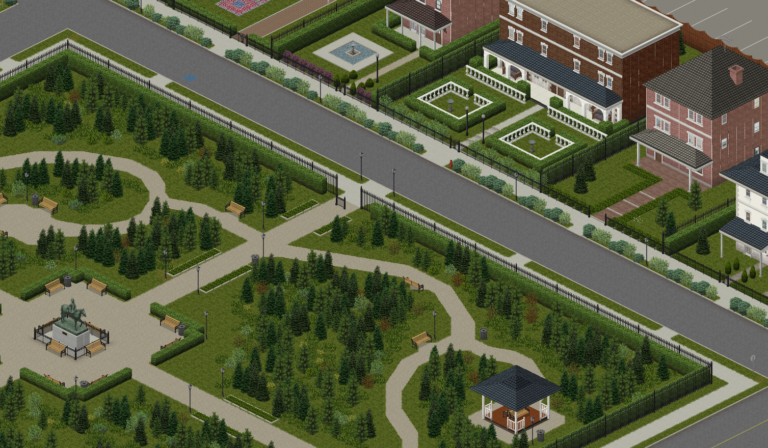 Elsewhere Aiteron is playing around with his improved fishing system to mix in some added ‘fun quota’ alongside the improved anims/visuals we showed last time round. Long-term work on server-side items and timed actions for MP continues, and the Noiseworks/Formosa soundscape revolution continues with their next missions due to be discussed in the coming week.

Pat_Bren is also, meanwhile, crafting a bunch more annotated survivor maps to bolster our current stock – and also to cover Louisville and other newer areas of the Knox Event map.

Following the success of Build 41, we find ourselves in a position where we can hunt down other experienced Games Programmers to join the Project Zomboid team.

We are looking for coders willing and able to refresh some of our older systems, polish the existing ones and then to delve further into the features that will be part of the Knox Event’s exciting future.

Interested applicants should check our jobs page[projectzomboid.com], but we should underline that we currently don’t have any entry-level positions available. You will need to have a fair amount of experience we are afraid.

This week’s touching crime scene from https://steamcommunity.com/sharedfiles/filedetails/?id=2810248547. A changelist of all our pre-release and post-release patches since the 41 beta began can be found here[pzwiki.net]. The Block of Italicised Text would like to direct your attention to the PZ Wiki[pzwiki.net] should you feel like editing or amending something, and the PZ Mailing List [projectzomboid.com]that can send you update notifications once builds get released. We also live on Twitter right here! Our Discord[discord.gg] is open for chat and hijinks too.